Tonight is the last 'Cold Night for Hot Jazz' of the year (we hope). Tonight it's the Shelley Carrol quartet with Mike Palmer on the keyboard. Hopefully spring will add a week before summer for this wintry intrusion.

Come out and join us for what is sure to be a memorable night of jazz!

Michael Palma is BMI composer, adjunct professor and artist whose works can be heard on such award-winning T.V. programs as Dancing with the Stars, Celebrity Expose, and America’s Best Dance Crew. In addition to being featured on power networks such as MTV, ABC, NFL Network and Superstation.

He attended the famed Booker T. Washington High School for the Performing and Visual Arts where such musical greats as Norah Jones, Erykah Badu, Roy Hargove etc. studied in Dallas, Texas. During his studies Michael was awarded a number of Downbeat Magazine jazz education awards for his improvisation skills and compositions. Resulting in him being awarded a full scholarship from the acclaimed Berklee College of Music located in Boston, Massachusetts.

“Michael's playing keeps me interested in the performance--spellbound, at times--from the first note to the last. There's never a moment I'm not thinking "wow" on all levels. This is jazz for adults only.” - Hal Crook (Jazz trombone legend, Berklee College of Music Professor)

"Michael Palma is a very skilled and musically deep pianist and improvisor. His stream of consciousness in the unfolding of linear ideas is truly remarkable! His solos are always interesting to listen to as he develops ideas and makes all of the features of the harmony crystal clear! I am proud to know this young man and see a great future for him as a professional player!" – Dan Haerle (Regents Professor Emeritus in Jazz Studies at the University of North Texas, Author of the Jazz Sound, the Jazz Language, and Scales for Jazz Improvisation) 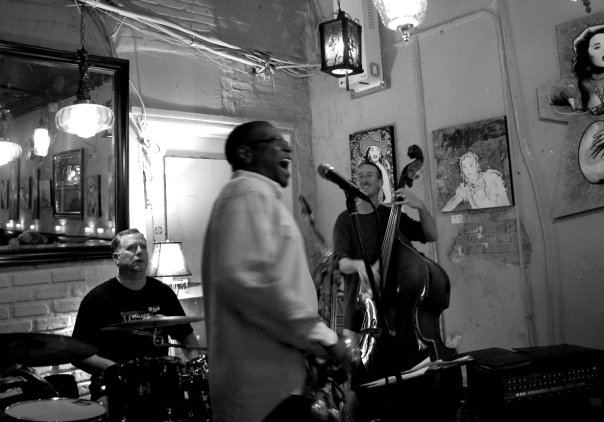 Tonight at the Amsterdam Bar, Shelley Carrol will bring out his merry band of troubadours for Dallas' best weekly night of jazz. The music starts at 10:00pm--get there early if you want a seat.