At tonight's Wednesday bike night at the Amsterdam Bar, we'll be hosting the Big D Cycle's race team. They're bringing their race bikes out for one night only, along with the flat track racer from the 1971 Steve Mcqueen film "Any Given Sunday"! 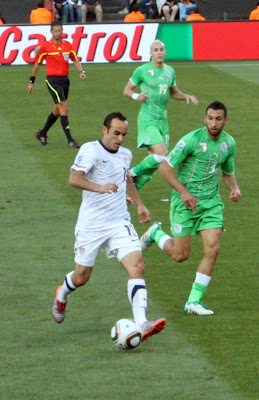 The United States' national soccer team has won Group D in the 2010 World Cup and now advances to the Round of 16 in the Knockout Stage. The United States will face off against Ghana on Saturday, June 26th!

So, for such a rare occasion, we will be opening at 12:30 tomorrow for the USA match. This means that our monster T.V. will be resurrected (plugged in) for the event. Not only can you watch our team win in full color and stereo sound, you can enjoy our drink specials . . .

Don't miss this historic opportunity to see the television at the Amsterdam Bar turned on . . . and to see the United States play World Cup soccer!
at 7:15 PM No comments: 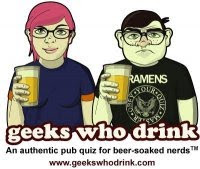 The Amsterdam Bar invites you to "Trivia Night by Geeks Who Drink" on Sunday, June 20th at 8:00PM.

The quiz consists of eight rounds of eight questions and is played in teams of up to six people. Questions are read aloud by the Quizmaster and teams write down the answers, turning them in to the quizmaster at the end of each round.

Geeks Who Drink quizzes are unique in that they include two rounds of audio questions. One is your basic "name that tune" round with a theme (like "songs about drinking"); the other features soundbites from movies, TV and current events. We also have a visual handout round with pictures of famous cartoon characters, criminals, animals, criminal animals, etc...

Team size is limited to six people. You are competing for a $50 bar tab, bragging rights and Internet fame.
at 7:31 PM No comments:

Shelley Carrol back in town for Jazz Night tonite! 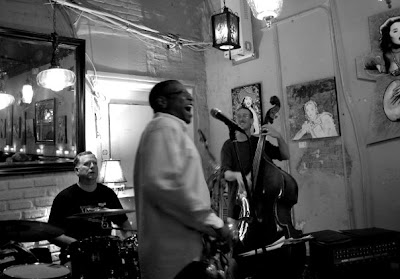 Shelley Carrol has been out on tour for awhile, but tonight he's back in Dallas and will be playing at The Amsterdam Bar's weekly Bad Ass Jazz Night. This is not to be missed! 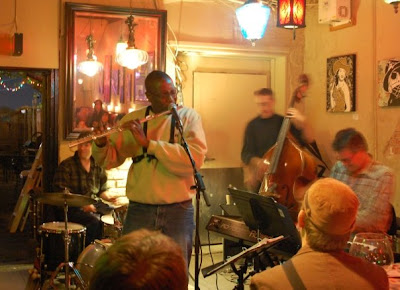 Video of a drunk driver at DFW airport on Tuesday. You can see the "after" pictures of this event at The Dallas Observer's Unfair Park blog.
at 1:46 PM No comments: