Last night the jazz at the Amsterdam Bar was especially sweet and lyrical. Many thanks to Scott Bucklin (piano), Jonathan Fisher (bass), Jaelin Washington (drums), Jay Jennings (trumpet), and all the guys who sat in for a night of amazing music. 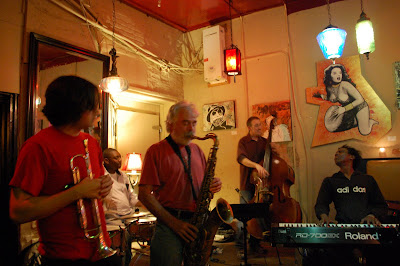 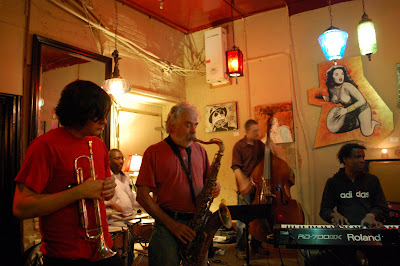 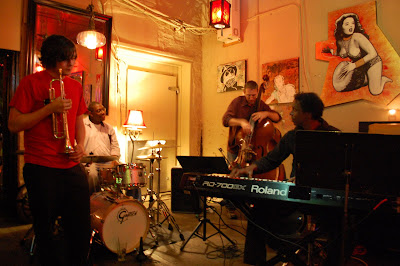 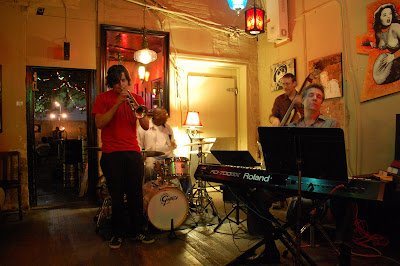 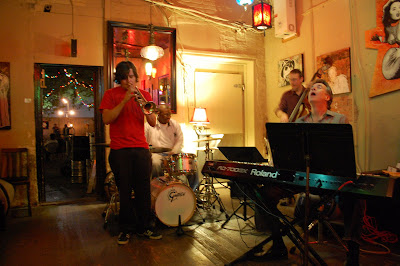 Last night the jazz at the Amsterdam Bar was especially sweet and lyrical. Many thanks to Scott Bucklin (piano), Jonathan Fisher (bass), Jaelun Washington (drums), Jay Jennings (trumpet), and all the guys who sat in for a night of amazing music.
at 4:53 PM No comments:

Robert Gomez live at The Amsterdam Bar May 16th!

We are very excited to announce that Robert Gomez will be playing live at the Amsterdam Bar on May 16, 2009!

If there has been something salutary about the evolution of the singer/songwriter genre over the years, it's been the way that those who work in the general vein have expanded its range beyond simply being solo guitar with arrangements, or painstaking re-creations of power pop bands jamming. Robert Gomez's 2009 album demonstrates this, with perhaps expected fragments of the art pop aesthetic from the Beach Boys meshing with crisp drum punches and even full-on rhythm attacks, which "Behind a Green Rosette" shows on this album in particular. If he doesn't really let himself be as completely loose as he could -- there's definitely an air of a lost '70s wonderland present from the start -- he has an ear for unsettled backgrounds and mood establishers, like the swirl of piercing piano and the roiling chug and tones starting "At Nemeli Bats," or the slow unfolding keyboard and skyscrape guitar howl that concludes "Open Your Eyes/Escape From." Gomez serenely whispers and soothes more than sings, with as much reverb on his voice as possible, but it suits the understated flow of work like "Hunting Song," all softly chugging but nervous tones, keyboards, and beats, and perhaps the most traditional guitar/vocal song, "A Paper Figurine" -- at least before the spare funk break kicks in.

This is going to be a great show.

You can find more details at Robert Gomez's website.
at 1:22 PM No comments: