D Magazine profiles one of our neighbors! 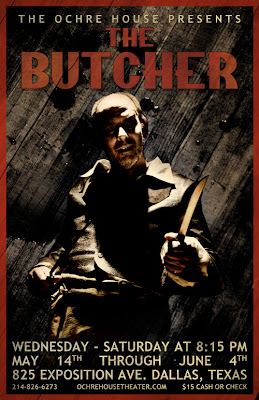 D Magazine has an interesting profile of one of our neighbors, Mathew Posey of The Ochre House:

Mathew Posey lives in storefront on Exposition Blvd. steps from Fair Park. Instead of a kitchen table he has forty-five plastic orange chairs. Instead of living room couches, he has a ten-by-twelve foot wooden stage. During the day, the space is called home. At night, home transforms into The Ochre House, an in-your-face performance space.

Visit The Ochre House online, see one of Mathew Posey's shows, and join us for a beer and a discussion of avante garde theater afterwards.
at 1:02 AM No comments: