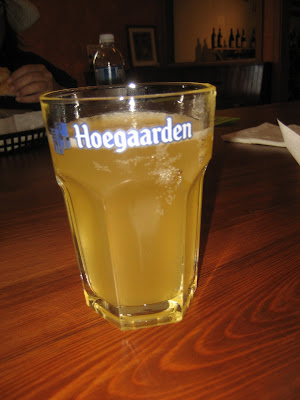 A very important figure in the craft-brewing movement passed away back in April 2011.

​Pierre Celis, the "King of Belgian White Beer", died over the weekend. He was 86.
In spite of several unfavorable transactions with major brewing companies, Celis is widely considered one of the forbearers of the craft-brewing movement in America. His self-named brewery operated in Austin from the mid-1990s to 2001. He was also the founder of Hoegaarden beer.

Celis was born in Hoegaarden, Belgium, and founded the beer named after his hometown in 1966. Hoegaarden had been without a witbier brewery, a specialty in the area, for 11 years. Though the wheat beer style had been a Belgian staple since the 1400s, Celis was widely considered to have reignited the declining popularity of the beer style.

The Houston Press has the rest of the story.

You can pay tribute to Pierre Celis by coming by the Amsterdam to enjoy a delicious wheat beer--we carry several kinds.
at 4:07 PM