Benefit for Nate Fowler this Saturday and Sunday! 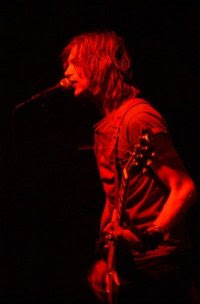 Who is Nate Fowler? I'll let Zac Crain of Frontburner tell you:

I’ve known Nate Fowler for more than a decade, personally and professionally. You may remember him from one of his previous bands — the American Fuse, most likely — or from his most recent project, Nate Fowler’s Elixir. Really good punk-tinged, loud rock and roll, in the vein of the Replacements or the New York Dolls. For several years, we were neighbors at the Turtle Dove apartments on Matilda and McCommas, and I still see him semi-regularly, since his friend and band mate Kinley Wolfe lives just down the street. He’s probably one of the nicest, sweetest people I’ve ever met.

Anyway, last year, Nate and his mom were in a serious car wreck. Nate’s arm was crushed, shattering it near his wrist. Even the photos I saw of it after he’d been patched up were chilling. Like a lot of musicians — and many Americans, for that matter — Nate doesn’t have health insurance. He has worked his way back to play guitar a little bit, but he needs a ton of physical therapy, and a pile of cash to pay for it all.

Let's help this talented musician get back on his feet.

The Nate Fowler Benefit is this Saturday and Sunday, March 28th and 29th at The Amsterdam Bar

Here are the bands scheduled to play the benefit: